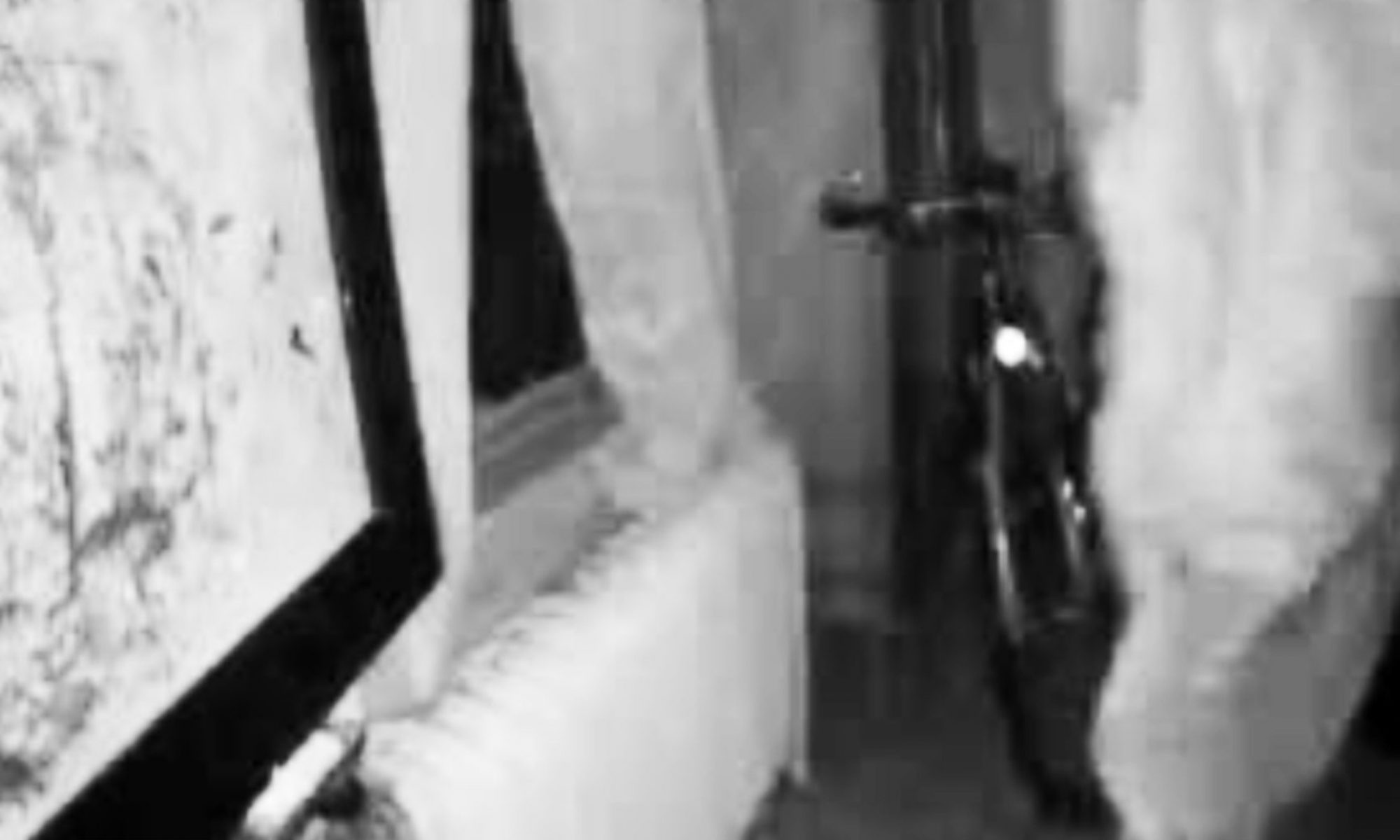 HOWEVER 6/2016 when FBI Blair Toleman (16-MAG-3919) charged Rechnitz and Reichberg it was against “real estate businessmen” and not republican foreign agents bribing twenty NYPD inspectors and 3 commanders between 2012 to 2016. The FBI going through the trouble of charging them but as Real Estate Businessmen was misleading and concealed what amounted to the Republican party bribing Republican NYPD for omission of duty while Rechnitz and Reichberg facilitated violent racketeering via the representation of their community: NYC Republican-Jewish Landlords.

Rechnitz and Reichberg reported directly to Republican Israeli Prime Minister Netanyahu. Rechnitz (who was given a plea deal) his father Robert Rechnitz worked and raised money for Republican Senator Lindsey Graham’s 2016 Presidential campaign and communicated with him on behalf of Prime Minister Netanyahu.  Senator Graham’s Chair on Foreign Operations funds all U.S. assistance to the State of Israel. 2013 – 2016 U.S. Senator Graham also sat on the U.S. Judiciary Committee.

The FBI’s indictment strongly suggests U.S. Senate Republicans influenced the way the FBI presented their case out of consideration of Republican Israeli Prime Minister Netanyahu “our closest ally.” See foreign agents acts of terrorism transcending national boundaries as per § 2332B.

CHRONOLOGY:
“Barack Obama said in 2012 that dealing with Prime Minister Benjamin Netanyahu was like dealing with his rivals in the Republican Party, and that Netanyahu was dishonest toward his administration, former Obama adviser Ben Rhodes says in his new book.” Harretz Israel News

02/04/2013 Rechnitz and Reichberg successfully blackmailed NYPD inspector Grant. They rent a $100,000 jet, and one hooker. Got Grant loaded, documented the hooker interaction, put her in his room and returned to NYC 2/5/2013. Once they basically “owned” Grant they promoted their Manchurian candidate the to the UES. The most affluent and influential neighborhood in Manhattan.

02/06/2013  My daughter Emilie — Federal judge applicant Ed Smith’s child trafficking victim —was beat up and sexually assaulted in a Bethlehem Pa parking lot arranged by guardian Lisa Spitale and carried out by Easton Area School District consultant Freya Koger’s staff. A cigarette was put out on Emilie’s forehead. She contracted scabies (an STD) after the assault.

The emcee was Phil Rosen, Esq., one of the premier corporate and property attorneys in the United States and a prominent Jewish communal leader who is Vice-Chairman of the Republican-Jewish Coalition, and the Founding and Current Vice Chairman of the Board of Yeshiva College. www.thefriedlandergroup.com/iron-dome-congressional-tribute.3-112-74.sub.html

5/2013 Reichberg and Rechnitz finalized their bribe agreement with NYPD leadership at One Police Plaza.

5/16/2013 Began the deliberate pharmacological cultivation of Norwegian scabies on my daughter she was given in a parking lot 2/6/2013. That is, they knew they were going to cultivate the disease once it manifested and they waited until the Republican -Jewish Community had significant control over NYPD leadership to start my daughter’s attempted murder. My NYC landlord used my apartment to curtail my interference by venting fumes into the apartment.

11/04/2013 my landlord, Florance Edelstein began venting TOXIC FUMES and INFESTATION into my UWS apartment forcing me out and into hotels (11/16/2013) the same day NYPD 20th Precinct Inspector Brian McGinn received a promotion substantially influenced by the UWS Republican Jewish Landlord Community. Edelstein owed me nearly a million dollars in illegal overcharged rent she was able to collect through offering FALSE INSTRUMENT 1 to NYS DHCR rent regulation authority which I did not know at the time. NY Post  ChiefLeader

11/06/2013 My apartment was again turned into a makeshift gas chamber and miasma of infestation forcing me out and into hotels by 11/16/2013. Republican, federal judge applicant Judge Ed Smith (responsible for violently child trafficking my daughter) was before the U.S. Senate Judiciary Committee for federal judge.

11/16/2013 I was forced to move to hotels as apartment 8G became a death trap. There was a seamless transfer of violent RICO activities and responsibilities from Inspector McGinn allowing my landlord to repeatedly to vent toxic fumes while taking bribes from Republican Prime Minister Netanyahu’s representatives to my client New York lobbyist Vincent Pitta’s influence over the Hotel Trades Council union tampering with my rooms the moment I moved. 3.25

Vincent Pitta is among the most politically influential union representatives in NYC. He was general counsel for Hotel Trades Council [HTC] and Local 6. He also represented the NYPD detectives union the Detectives Endowment Association. His father Vito Pitta was union president of HTC, Local 6 and was indicted as leadership of the Colombo crime organization for regular violent extortion . [3] [4] [5]

11/19/2013 on or about. I went to the NYPD 20th Precinct in my neighborhood. A sergeant and lieutenant called the attack “definitely assault“ and highly likely attempted murder. They refused to investigate stating: “come back and see us again if he does it [attempted murder] again.” Later and another NYPD erased my detectives report.

11/19/2013 I went to the NYPD 20th Precinct. A sergeant and a lieutenant determined my description was “definitely assault” and attempted murder. Then let me, the victim, walk out without any paperwork, detectives interview or investigation. Then refused my request for an investigation. NYPD Inspector McGinn’s 20th Precinct was cooperating with foreign agents Rechnitz and Reichberg representing the highest levels of republican government. They erased my detectives report from the computer system. NYPD’s unofficial approval had to come from The police in New York like the police in Northampton County PA protected violent intimidation and attempted murder on behalf of the republican party.

Pro Se attorneys concealed evidence of NYPD 20th allowing my landlord Edelstein to repeatedly use toxic fumes they called attempted murder. My claims of attempted murder and facts were omitted in their dismissal while citing NYPD “bicycle tampering. ”

07/02/2018 1:00 AM EMAIL FROM 20TH PRECINCT SARGENT O’KEEF. He observed my complaint draft on my laptop via an NYPD wiretap about his precincts deliberate protection of my landlord Florence Edelstein who vented toxic fumes into my apartment [attempted murder] broke into the apartments side window, disconnected my ethernet from my firewall and boobytrapped the apartment to spew infestation then suggested to meet with his precinct.

07/13/2018 My medical records from Presbyterian ER at 68th street were released to third parties and used to re-injury me.

10/23/2018 Pro Se altered my complaint into unreadable scrabble on the CM/ECF. The SDNY Pro Se department was given: 1. A 96-page complaint. 2. A 29-page exhibit index.  3. Exhibit OOO—a 26-page photo exhibit of my daughter’s torture, human trafficking and attempted murder.  4. A few pages from Chief Judges McMahon’s Rules on ECF access.

11/05/2018 Jury Selection | U.S. V. Grant, Reichberg, Rechnitz [& McGinn]
Evidence of my and my daughter’s attempted murder was altered, concealed and dismissed it before any jurists or public would see it and connect Rechnitz, Grant, McGinn and the Easton PA enterprise racketeering a Republican federal judge appointment.

12/12/2018 I was arbitrarily evicted from Penn Station that Inspector McGinn had control over. Holes were punched into my laptop that afternoon. [3.30]

01/02/2019 Acquittal | NYPD Helicopter chase down right after Inspector Grant’s / McGinn’s acquittal. NYPD were very aware of who I was and the egregious criminal fraud they just pulled off in federal court.

05/14/2019 NYPD spoiled ESI on Lisa Spitale’s behalf. The day after I received transcripts containing Lisa Spitale perjuring herself during trial in front of Judge Zito (PFA-2014-000815 | Spitale v. Kraemer). I was stalked by NYPD and my laptop stolen across the street from Inspector McGinn’s precinct. Exhibit 3.9.80, Exhibit 4.28

Inspector McGinn and crew are never indicted. [what a surprise] McGinn’s, Rechnitz’s, facilitation of my landlords use of toxic fumes, hotel tampering, robbery, and attempted murder in furtherance of Republican extremist Ed Smith’s federal judge appointment is never recognized.

Both domestic and foreign Republican extremists protected Ed Smith. They ensured the appointment of a child trafficking, child torturing monster via extortion, torture and attempt murder in exchange for money and relationship capital.